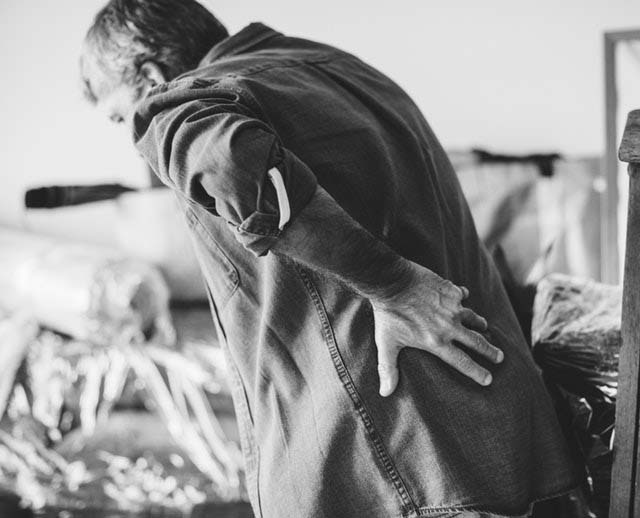 If you’ve ever had back pain you know how limiting it can be. Often, medical intervention and physical therapy can leave you better but not where you want to be. In order to address the underlying causes of back pain you also need to evaluate your daily movements and build habits both in and out of the gym that prevent injury and relieve discomfort.

We can help with that! We’re kicking off our Back Pain Prevention Program today and you should email us today to be part of it. A limited number of participants will get a movement assessment and 3 semi-private training sessions a week for the next 60 days for just $400. For $200 a month we’ll fundamentally improve your ability to move without pain. Email [email protected] today to get started! 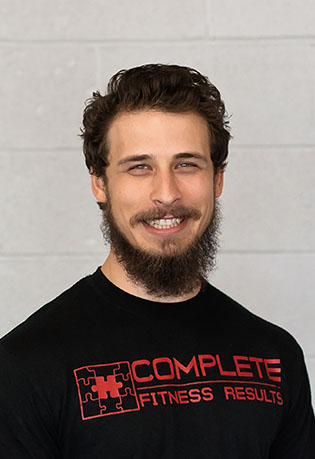 Josh is a huge contributor to our gym and we’re thrilled to be sharing his story today. His fitness journey has a lot to teach all of us, through his gracious approach to learning and the issues he’s dealt with that could apply to anyone. Here’s Josh!

“In my early teen years, I mostly associated the word fitness with weight loss and running – two topics I couldn’t have cared less about at the time. I was fairly active outdoors on my own and for the most part uninterested in committing to organized team sports. Entering 8th grade, a couple friends and I found out we were now allowed to sign up for weight training after school. Being fourteen year old boys, we decided we needed to determine who was strongest at what. Looking back, the supervisor for our new hobby was also the school’s IT tech specialist. It’s interesting to see I’d also eventually transition my own career from IT to fitness similarly to how he had.

After continuing strength training through high school, I’d succeeded in becoming significantly stronger but at the cost of accumulating a few significant injuries. Despite having taken both beginning and advanced strength training, a lack of attention to form and complete absence of movement assessment ultimately stole training from me altogether. I’d come to rely on strength training as my primary outlet for stress, which also became a favorite form of personal development. Not having another physically demanding option for self-care then caused me to begin looking outside the box I’d limited myself to.

It was not until I discovered martial arts in college that I’d found a true replacement for what I’d lost. I once again enjoyed measuring my own progress against where I stood each day before, but also gained a sense of value participating as a part of a community. While I became more aware of prioritizing qualitative movement from a martial perspective – via frequent and injury free-sparring – I hadn’t yet understood more fundamental aspects to movement that could apply to other activities outside of martial arts. After a couple years of practice, I heard the best instructors could explain how they applied their body mechanics or training principles outside the strict practice of their art; so I began to look to identify my own.

It took years, of what I refer to as, “building with broken Legos,” to again be unable to train without provoking pain. It was through the extended family I’d become a part of that I befriended an orthopedic doctor specializing in regenerative medicine. That friend was able to offer the means to heal most of my injuries sustained by my own dysfunctional movement. The next step was then to begin unlearning the habits that contributed to accumulating injuries in the first place. It was then I was introduced to CFR and the training methods that would allow me to do just that.

Now almost three years later, I’ve filled most of my time as a team member with travelling for and helping to host continuing education events, adhering to consistent practice of my own, all while continuously reevaluating anything I’ve learned to this point. The only thing I can say I know with certainty, is that everything just keeps getting deeper – all aspects of training and personal practice included. It’s the same thing I’d discovered about martial arts that hooked me; I’m doubly hooked again.

There’s a saying that, “Everything is basics.” I frequently mention everything we do here is simple, yet none of it easy. The “advanced” stuff is just the basics with a deeper understanding behind it. Perhaps it may be performed in a slightly different way or position, but the fundamentals which its predicated from seem to remain constant. To best illustrate this, I’ll refer to the definition of kung fu my instructor was provided by his teacher. Though it typically elicits inaccurate association to something secret, mystical, or special in some extraordinary way, it refers to something simple. Kung fu is nothing but skill built overtime by hard work and repetition. That’s how progress is built over the long haul. That’s how its maintained. Its paramount to maintain the capacity to continue our journey toward accomplishing our goals. Though we may have to adjust and readjust along the way, not sacrificing them to what we want in the moment over what we want most remains a challenge throughout. Here’s to continuing our journeys together. It’s a privilege to be a part of yours. Now go practice your breathing and correctives.”

Thank you, Josh, for contributing so mindfully everyday!