What Happens When You Start Here? 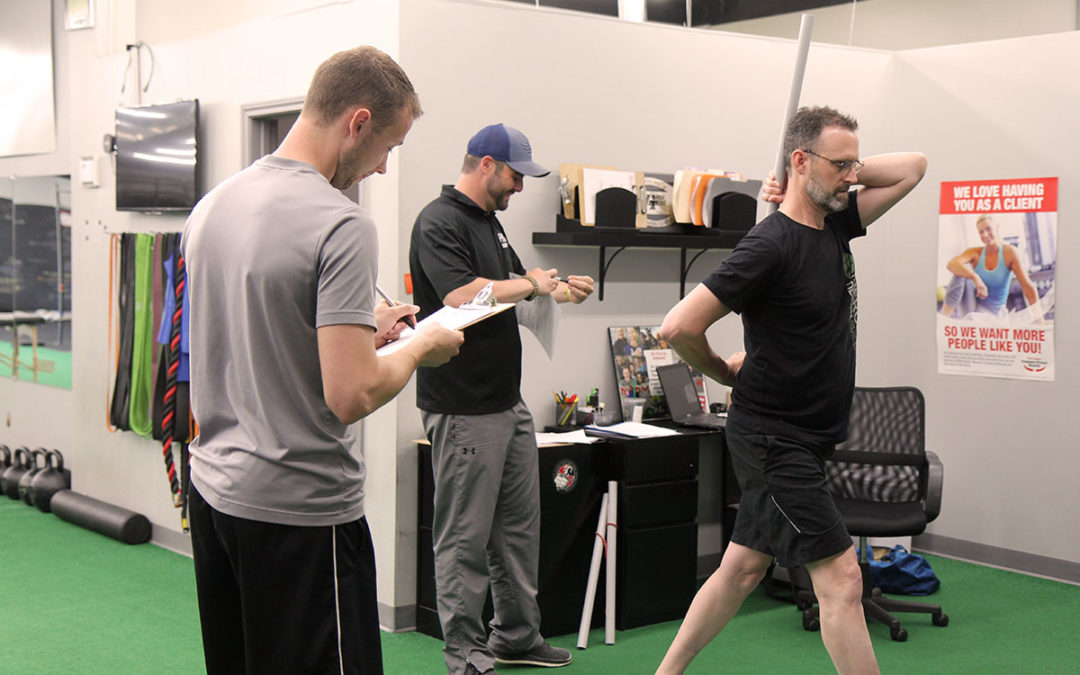 All gyms have a culture, and the routine for starting a new program is different everywhere you go. We have some pretty specific initial steps we follow, and it’s easier to come in if you know what to expect so we’re talking through those today.

Let’s have an actual client start us off. You remember Cora from earlier, right? Here are her thoughts on her initial consultation.

“I had no idea what to prepare for before coming in, so that was pretty nerve wracking. I was worried I might be thrown into a class or put on some equipment right away, but that’s the opposite of what actually happened.

My evaluation happened to be with Steve. I set up a time and was told to allow about an hour. The thing I’m still struck by was how much of that hour was spent talking through my history and figuring out what I really wanted out of a gym relationship. It was completely clear that Steve’s goal was to customize my experience to let me get the most out of the work I was going to be doing.

My goals were amorphous when I showed up. I said I would love to lose weight, had a lot of injuries that needed strengthening after PT, and was struggling with everyday activities in a way that made me uncomfortable. Steve took all that in and helped identify some refinements. For example, weight loss might be a side-effect of correcting my movement and spending more time being active and working on the stamina to get through a day was a bigger deal than I had really thought about. Basically, he pointed out that quality of life concerns had to take precedence.

The other part of that first visit was a Functional Movement Screening, which I had never done before and which was amazingly informative. I learned stuff about myself that I never would have figured out on my own. I knew that I had a shoulder that ached and felt tight, but the movement screen was able to show a major difference in the range of motion in my two shoulders. Additionally, Steve was able to take the information he was getting as I moved through the screening process and make immediate changes to my posture that created performance differences. He had me lay down and breathe with one hip up and one knee forward and after a few minutes of that the range of motion in my shoulder was amazingly better.

After the talking and the screening Steve explained what results he thought might be best to work toward and asked for a commitment to coming in. I would have loved an escape hatch, (I would still secretly love an escape hatch!) but he made the completely reasonable point that trusting the system and working every week was the only way to see real change. So I put a twice weekly visit on my calendar.”

Next time, we’ll hear from Cora about those first few workouts. First, though, I’d like to share my thoughts on initial evaluations.

Every client comes in as a kind of black box. We don’t know their history, condition, or opinions, and it’s vital that we understand them as individuals in order to be able to help them. So the first critical part of an initial evaluation is taking a history. It serves the same purpose as a medical history at the doctor’s or PT’s office, and a lot of the information might overlap with those. Everyone is using their bodies every day, and that use creates injuries, habits, and coping mechanisms. None of us are fresh-out-of-the-box new. We’re all dealing with issues. So by taking a detailed history to get an understanding of past impacts on a body and talking through someone’s current life we get a picture of who they are, what’s happened to them, and how they want to move forward.

Everyone’s goals are different, too. Before designing a program we want to establish what matters the most to the client. Those ideas come from a giant list that includes recovery from injury, increased strength, weight loss, or improved performance in a specific sport or task. Sometimes they just want life to be easier in some way. So we talk. We talk a lot.

After the talking comes the Functional Movement Screen. We can’t move forward without this, because it’s our snapshot of what’s working now and what’s imbalanced or injured. This screen gives us a wealth of information we can use to move clients forward while avoiding further injury or strain. We covered the FMS in detail back in 2013 [LINK HERE] and we’ve talked about it almost every month since then. It matters; get one.

So now we’re armed with data from the FMS and the client, and we’re ready to move forward designing a program. No two clients are ever on the exact same plan. Human are complex, and their needs change rapidly. So we design an initial program that blends corrective exercise with strength development and move everyone forward at their pace and in accordance with their needs.

Next time, we talk about how it feels to start doing the work, but we would love to see you now if you’re new to working out, coming back from an injury, or not sure what you might do in a gym. We’re here with answers. Call or email to get started.